I thought I would post some links to these interesting discussions of a theology of art after speaking on the subject two weeks ago. I am afraid I only exist parasitically, so after a recap, I am contributing my own theses on art at the end of the post. First, the setting:

I.) Ben Myers kicked things off at Faith & Theology with Ten Theological Theses on Art. He subsequently gathered some responses in a later post, too, but I am trying to recap the matter here to provide some context. Myers' theses are of course, Christocentric and a delight to read. Highlight: "Art is the occurrence of the new; metaphysics trails in art’s wake" ,

II.) Following that, Stephen C. Rose posted a response to each of the 10 Theses. His responses tend to be more personal and read like someone with some experience in art discussions. Highlight: "I’m as didactic as Kansas in August."

III.) PoserorProphet also posted An Alternative 10 Theses which I found very helpful, offering insights about the intersection of art in the midst of fallen humanity; art considered with justice. I found it very helpful. Highlight:

"On the other hand, we must ask ourselves about the value or significance of art produced by those who are numbered amongst the oppressors and spectators during, but outside of, Auschwitz. Here, we must become much more critical. All too often such art is simply a contemporary manifestation of the madness and cruelty of the Roman dictator, Nero, who is rumoured to have played the lyre and sang in theatrical garb… while Rome burned. Thus, while children starve to death, we paint pretty pictures; while children die from drinking dirty water, we analyse films; while children are destroyed by AIDS, we deconstruct classical literature."

IV.) And now, my attempt!
It's intimidating to attempt such propositional theology, but thinking theologically, like everything important, takes practice.

1.) Like Myer's assertion that "Art is the occurrence of the new; metaphysics trails in art’s wake," art is phenomena. It interrupts with its presence, which is always expression. Though we speak of art existing for its own sake, it does not exist apart from it's expression. There is no such thing as "Art," just works of art. Even in the Bakersfield Sound.

2.) This places art in created order. Art, after all, exists physically within creation. Poetry has meter and rhyme. Music has MHz. Paint has light. Even the novel has a physical dimension from euphony to descriptions of the physical world. -Sculpture, Dance, - 'nuff said.

3.) As an act of our creation, it is a human capacity and part of the Imago Dei. The ability to bring new things into existence is God-like, reflecting something of the Genesis creation story, and like God, artistic creation is the expression of an interior logic or vision within the artist. Just as God in his happy triune community declared "Let us make," we too have the capacity to pour forth things from the heart. This is why we can "find" art in things not explicitly artistic: we see what is in us. This does raise the odd issue that art produced by my monkeys is not art until someone appreciates it...

4.) Art is unnecessary. As Rose remarked, "Art doesn’t feed a child. Patrons feed art." Art has become a commodity in modern western society, and it is largely unnecessary for anything practical. Money spent on old Rembrandts would be better spent on clean water for people. But even this needs to be considered. Is art unnecessary to the 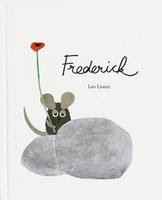 oppressed who profess visions of healing, wholeness and the opportunity to speak painful truth about the world? Surely singing about the balm in Gilead was necessary for the survival of slaves in the horrific American problem. In fact, art seems to partake in a liberating life, a resistance born from the interior. If art is unnecessary for immediate survival of the human body, the generation of truth and beauty seem necessary to sustain human life.

5.) Art is grace, freely created work that exists as the outpouring of beauty and truth in the creator. This holds true for tortured works that confess terribly true things about life and visions of beauty that confess something more. Like the divine love that spills itself into spontaneous creation, human art reflects in a small way the same thing. Its existence is a grace that is uniquely human.

6.) Rooted in the Divine family, true art will never come to an end. Despite Hegel's contention that the physical expression of art fades as spirit is realized, a Christian concept of art contests that art will always exist as a consequence of love, physically. Christ secures the possibility of art, adopting humanity through his physical presence and sacrifice. His return is a promise of the possibility of true art.

I cherish your comments, but not vileness or wickedness. By vileness I mean Spam, and wickedness I mean hateful speech. Unless it's about spam. 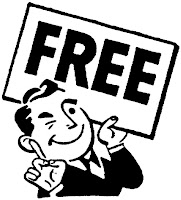